The Logic of Necessity

Some time back, in the midst of somebody's Facebook/Twitter banter, I picked up on a smack-down between two people I cannot say that I particularly know. No doubt it happened not on my timeline but on a page I had liked at some point and was following. Person A (a priest) published a profile picture of himself at an altar in the Basilica of St. Peter in Rome, commenting about it being his first EF celebration in that great church. Person B expressed surprise that he would be celebrating the Holy Sacrifice without the assistance of a server... The mental note I registered has provoked some thoughts I would like to share.

Once upon a time, when I was a boy, we used to serve Mass both on Sundays and on Weekdays right through our years in high school. Naturally, because the Catholic High School campus was on the edge of town, the older boys were generally assigned for the Sunday Masses and the grade school boys had the privilege of weekdays. I remember as an 8th grader being weekday sacristan, which involved setting up for both Masses at the High Altar in the Cathedral and in between serving the daily private Mass of the director of Catholic Charities at Mary's Altar. I have shared memories with men my age and older of our walks or bike rides before dawn to be there to fulfill our duty. None of us doubted that we had our role, an important part, an integral part to play in the daily offering of the Holy Sacrifice. The logic of necessity explains the duty imposed upon us to freely choose to play a key role in enabling the Holy Sacrifice. At age 10 or 18 the Altar boy, I am the actor and my parents, yes, must respect my choice, not only to actively participate but through my service in the vesture of a cleric to sustain the priest who brings Christ down to our Altars.

Today in many places around the world, you get the impression that it is a work of persuasion, not unlike pulling teeth, to get enough Mass servers to show up for Sunday and, well, lots of priests are constrained to celebrate daily Mass without assistance. To blame parents for this failure of their children to commit is to get the cart before the horse. A better approach starts again with the logic of necessity: the Holy Sacrifice, the Source and Summit of Christian Existence, should not take place without my collaboration as an Altar boy, deputed to fill out the number of clerics needed to give God His due, each and every day, but especially on Sunday. Decades ago, most Catholics understood the logic of it and were proud to have a son who wanted to serve Mass, who memorized all the prayers in Latin, who drilled and practiced, who made muster. This has nothing to do with the positive benefits of sports in the life of the child, here we are talking about an actual contribution a child or young man can make to the work of God.

My guess is that serving Mass today probably ranks somewhere below scouting, among the formative experiences which should be part of growing up. It cannot even compete with soccer, indoor ice hockey or swim team. My guess would be that no one, perhaps not even the priest, attributes to the service of the Altar a sense of its being something needed and hence to be taken on, after training, as a sacred duty. Having ruminated on this thing for some months, I see the "altar boy crisis" as a component or key which helps explain falling numbers of regular Mass attendance. People do not seem to be able to comprehend the idea that Sunday Mass is a sine qua non. Without Sunday Mass I cannot live as a Catholic.

When Jesus proclaimed Himself the Bread of Life, He scandalized certain people who turned their backs on Him. Confronting His closest disciples on this point, He elicited Peter's response of: "Lord, to whom shall we go? You have the words of everlasting life."

I am sure that it escapes no one that the logic of necessity requires much more than a reverent celebration of Mass on Sunday. It requires recovering or building up anew the Catholic way of life. No boy, who hasn't been taught his basic prayers at home from infancy, who hasn't been properly catechized and who doesn't understand his Sunday obligation and the call to holiness of life which should draw him to the Sacrament of Penance as well, is going to recognize the sublimity of service at the Altar.

Where do you begin? Where else but with a true restoration of the Divine Liturgy, which draws with it the necessary catechesis and life context? 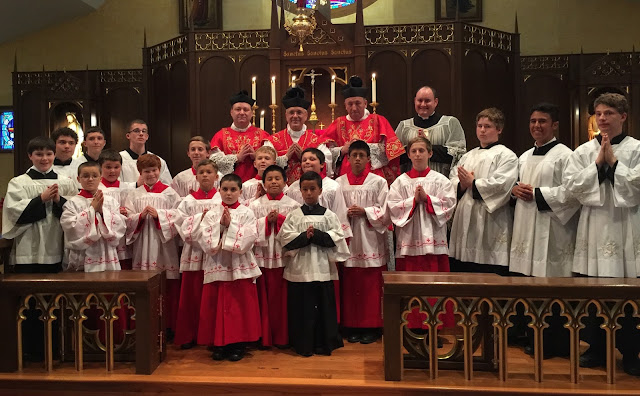 Posted by Thomas Gullickson at 5:44 PM No comments:

Before the Lord in Company with Mary 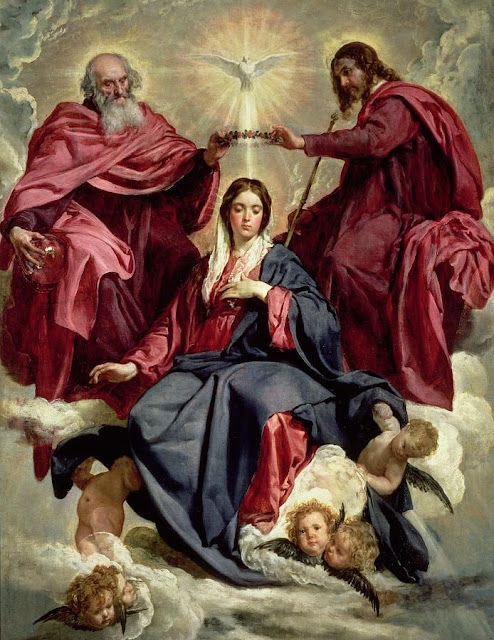 Posted by Thomas Gullickson at 8:55 AM No comments:

The Faith to Conquer in Christ 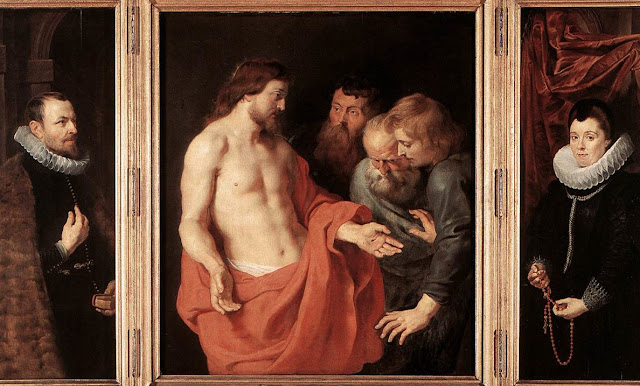 Posted by Thomas Gullickson at 10:43 AM No comments: