Why the Bottom fell out of the Priest Market 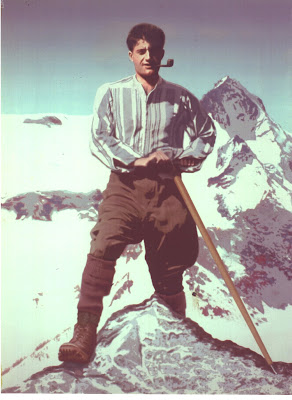 I just saw another one of those horrible articles written to convince people that cell phone radiation provokes cancer and that you shouldn't carry a phone close to any part of your body... I think we're in the same genre here as "smoking causes cancer" or the refusal to see the various COPD illnesses among non-smokers as often linked to chemo or radiation treatments, according to the maxim "kill or cure".

I don't want to talk either about causes of cancer or of shortness of breath, but rather set the scene for not really having an answer to the contemporary crisis of priestly vocations or the disturbing loss of faith in the Western world. A book review I read this morning has provoked me to make an attempt to explain the crisis and suggest that we can turn our world around. I say this while holding firm to the contention that the book, for all its pages, footnotes and statistics has nothing new to say on the topic, simply because it misses the point of what is really at stake in the world many claim lost to the faith by way of something they call secularization.  This book, which I certainly won't purchase even on Kindle, like so many publications and commentaries on life and faith, is based on the universally accepted premise, that "times have changed", that "things are more complicated nowadays". Like much of our world, the author assigns blame, noting symptoms or phenomena without ever getting fundamental about what was and still is important in life and in the Church. Everybody ends up being as unrepeatable as a snowflake and nothing from once could possibly be relevant to now. It's sort of like distinguishing between the young man St. Benedict of Nursia and Blessed Pier Giorgio Frassati, T.O.S.D., an Italian Catholic social activist, who was a member of the Third Order of St. Dominic, by saying the same about these two men, that they were not cut of the same stuff; no parallels can be drawn in their both having walked away from privileged lifestyles for the sake of the love of God and neighbor. No matter how specific I could get in drawing my comparison, many would accuse me of not taking into consideration the millennium and a half separating the two men in time, as if that, above and beyond clothing, diet and housing on the same peninsula, had anything to do with anything.

The other day, visiting with my brother on Skype, I could assure him that little boys in Switzerland were no less excited by dinosaurs than their American counterparts. There really is something called commonality, called typical, which doesn't flatten people but makes their similarities all that much more endearing.

We need to stop parroting statements about the paucity of priestly vocations having something to do with our world being another. God calls young men from the first moment of their existence; He will not leave His flock untended; sacramental priesthood is the cornerstone of Church life and it is we ourselves who discourage those called. Over recent years in the United States we have seen vocation shortages turned around time and again by a zealous bishop eager for priests and clear about the central importance of the Holy Eucharist and the other Sacraments, especially Penance, to the life of the Church. Eager bishops, flanked by good priests and enthusiastic Serra Clubs have brought in numbers.

This is one of the reasons why a liturgical restoration is so important. If Sunday Mass is to be the source and summit of our Christian existence, the Eucharist must become all it can be for our people.

At the risk of repeating myself, apart from longing for good priests, we ourselves must seek to recover a sense of the sacred by restoring continuity with the always and everywhere and simply realizing that our world and time are smaller and more proximate than those who would alienate us from what is truly close at hand and shared by all.

Posted by Thomas Gullickson at 4:38 PM