I thoroughly enjoyed this book for its selections from the preaching and teaching of this great saint. By reason of the editor's choices, including an admonition to the priests of Milan to return to the grand tradition of being clean-shaven, I will attribute to St. Charles more ideas, thoughts or reflections than I could share in several blog posts. Borromeo is a giant of the Tridentine Reform who together with the great Archbishop of Braga in Portugal, Bartholomew of the Martyrs O.P. brought the conciliar work to life in their dioceses and contributed immensely to the success of the Catholic Reform.

Both archbishops are noted for their insistence on the centrality of the preaching office to the ministry of those who have received the fullness of the Sacrament of Holy Orders. Cihak's introduction quotes the famous words of the Archbishop of Braga, which I remember so clearly from my work on my doctoral dissertation back when. Bartholomew wrote a treatise in 1564 called Stimulus Pastorum (The Motivation of Pastors), in which he wrote, “Who is the Bishop if not the sun of his diocese, a man on fire, completely dedicated to conquering souls for Christ, who preaches so very often with the Word and always by example?” (p. 14).

This thought fits well with the launch by the Congregation for the Clergy of their "preaching app", which probably corresponds to somebody's need but would no doubt encounter the skepticism of these two great reformers of the 16th Century. Preach we must, bishops and priests, and preach well, but St. Charles spent his own life in personal penance and reform, urging his priests and the bishops of his province to no less effort in that regard.

Cihak's analysis of what made St. Charles is more than worthy of note:

"In order to enter more deeply into Borromeo’s own words that follow, it is helpful to consider what made him such an effective reformer in the face of the herculean undertaking of the reforms of the Council of Trent against great odds, such that he would become one of the most prominent Catholic reformers in the history of the Church. Among the many natural talents and supernatural graces of this man, three outstanding qualities bear highlighting: his personal holiness, his ability to forge lasting friendships and his impressive practical intelligence." (p. 4)

Facial hair on priests and criteria for hiring or firing domestic personnel aside, I invite you to take advantage of a great book for furthering the cause of reform and renewal in your own life, after the mind of St. Charles, in hopes of building up the House of God in our day and time! 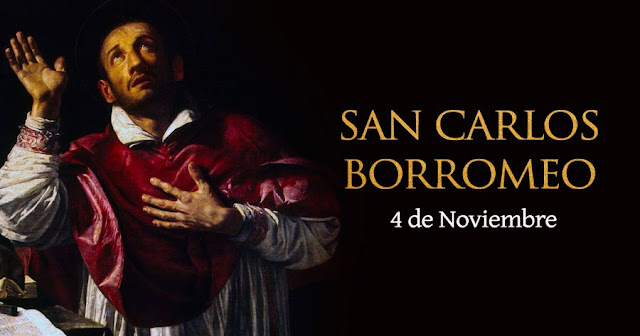 Posted by Thomas Gullickson at 12:52 PM